ABC Radio Melbourne morning presenter Jon Faine accepted an invitation from a listener to sit down have a cup of tea and talk about what’s happened in his family. “Tony”, as he asked to be called, wanted his story to be heard by a wider audience.

JF: Let’s start at the beginning. Tell us, what happened?

Tony: I guess the best place to start would be, nearly on three years ago now my wife and I received two distressing calls from two of our oldest sons.

JF: You have how many children altogether?

Tony:Four. We’ve lived in our community for over thirty years. Like all parents we’ve always wanted to do the right things and we’re very connected in the community. A loving family, grandparents who adored the grandchildren but on this particular day we received two distressing calls separately. One to me and one to my wife. It was basically screaming coming over the phone. There was the mention of “He’s going to shoot me”. I grabbed my wife, we jumped in the car and we went to this place, which happened to be my parents house, about 10 minutes away. We got there and as we were rounding the corner there was over 30 police cars, there were helicopters. It was like a scene out of some sort of movie. There were the tapes they put across the road. Well, I disregarded the tapes and drove through them and I could see my younger of my two older boys lying on the ground.

Tony: At the time he was approximately 25. As with anything like that of course what you’re hoping for is to see some kind of movement. He was just lying there so we had no idea whether he was dead, alive or whatever.

JF: Were there police nearby?

Tony: There were over two-dozen police …

JF: No, no. Nearby him specifically? On the ground.

END_OF_DOCUMENT_TOKEN_TO_BE_REPLACED

Since YoDAA began we’ve had thousands of contacts. We often find parents have no idea what they need or want. They are overwhelmed and recognise they need something, but they don’t know what. They simply need to talk to someone. and it’s our job to listen, to provide information and strategies, and to refer parents on to other services when needed.

We help parents who are just finding out about experimentation with drugs right through to those who have children in a treatment service. We find there are particular types of information parents and carers want to know (compared to young people, schools or youth workers) when they contact YoDAA.

There’s something specific about the teenage years and moving from a period of complete dependence to being an independent adult, taking responsibility and making your own decisions. That middle stage is a transition.

We read a lot about the teenage brain, that young people haven’t got that executive function yet and so they rely more on emotions and impulses to make decisions. But young people need experiences to learn to be able to make decisions. So there’s a real tension in parenting adolescents to gradually give over responsibility and autonomy but still have safety nets.

Every bone in our body wants to make the immediate OK. So with drugs and alcohol it is horrific to consider letting a young person manage their own risk, because what if they go out tonight and something happens? The emotional want and need is to make tonight OK. So if your son or daughter is safely in their bedroom, you can sleep tonight. But we know that won’t produce a life-skilled 21-year-old.
END_OF_DOCUMENT_TOKEN_TO_BE_REPLACED

When my son, Heath, was caught he was only using medication to try and treat a bad chest infection. He was part-way through filming Doctor Parnassus and was travelling a lot between Vancouver, London and New York. He needed to sleep better and had an Ambien or two to help achieve it – that mix of prescription medication caused Heath to sleep permanently. END_OF_DOCUMENT_TOKEN_TO_BE_REPLACED

I recently spent two years working with young people and young children who are in kinship care. I also love music. It’s one of my passions and one of my self-care skills within my work. As such, I often find myself at music festivals.

Something else I did while I was at university was to work with an initiative through the Transport Accident Commission. We would go to music festivals and other youth-orientated events in a huge orange bus called Vanessa and engage young people in conversations around the dangers of drink and drug driving.

It’s a high minimisation approach. We weren’t out there saying, “Do not drink and do not do drugs,” because that approach alienates people. Continually saying, “don’t do it” will only make a young person want to try, or push them away. END_OF_DOCUMENT_TOKEN_TO_BE_REPLACED

Steroids and other performance and image-enhancing drugs (PIEDs) have long been associated with elite sportspeople desperate for an edge. PIEDs are used by people of all skill levels and ages, whether they want to boost their sporting performance or simply build muscle mass.

Among the most notorious cases was champion cyclist Lance Armstrong, who was stripped of seven Tour de France wins after admitting he took EPO (erythropoietin), which regulates red blood cell production.

PIED use is not common and in some cases, steroids are used legitimately to treat medical conditions such as osteoporosis. But if used privately and without professional supervision they can have health implications.

Steroids may be injected intramuscularly, taken orally or rubbed on the skin as a cream. Two per cent of Australian high-school students aged 12 to 17 say they have used steroids without a doctor’s prescription, with boys (2.4 per cent) slightly more likely than girls (1.5 per cent) to have tried them.

Among the 1 per cent of students who tried steroids in the year before the 2011 survey, use was infrequent. END_OF_DOCUMENT_TOKEN_TO_BE_REPLACED

Our aim at Firbank is to help students develop the confidence, courage and skills they need to make their mark in their own world and in the world they will enter.

Firbank is a school where students not only aspire, but they ‘do’. It is the place where students, particularly adolescents, form the beliefs and values that will set them up for their life journey. Our school values of courage, respect, compassion, curiosity and integrity are key. But we have to live those values. And many of those values are pertinent to the issue tackled in Drugs 101. END_OF_DOCUMENT_TOKEN_TO_BE_REPLACED

The Austin Hospital’s child and adolescent psychiatrist Dr Hanna Cheng has specialised in this field for four years.

CAMHS at the Austin looks after children from zero to 18 years of age. We have a multidisciplinary team with clinical psychologists, nurses, occupational therapists, speech therapists, social workers, training registrars and psychiatrists.

A range of people refer children to us – parents, general practitioners, paediatricians, private psychiatrists and psychologists, schools and the Department of Human Services.

Initially we do an assessment to establish the presenting difficulties and one of our team takes on a care co-ordination role and looks at any psychological interventions received up to this point, social skills, drug and alcohol use, and family relationships. They meet with the school to work out a curriculum and to identify any special needs in that area. END_OF_DOCUMENT_TOKEN_TO_BE_REPLACED

My core business is working with young people who are using substances and helping them to cut down or get off those substances. I’ve been working in this field for 22 years and the main substances kids use are the same – alcohol and cannabis. They may hav tried LSD, mushrooms, eccies (ecstasy) or cocaine, but their staple drug is usually cannabis or alcohol. Usually their parents refer them to me, and a young person is reluctant because they don’t see a problem – then we need to get that young person to a point where they also see their substance use is a problem.

People use drugs because they change the way they feel. The first time a young person uses they’ll have positive feelings and then they come back down to normal. So they use that drug again and then again because it feels good. Then something happens that wouldn’t have happened if they weren’t under the influence of that substance. Maybe a child misses school because they’re going to a friend’s house to smoke or drink, or they’re out late and the police bring them home, or they drink too much in the park, throw up and need an ambulance, or they can’t be bothered to go to football or netball. END_OF_DOCUMENT_TOKEN_TO_BE_REPLACED 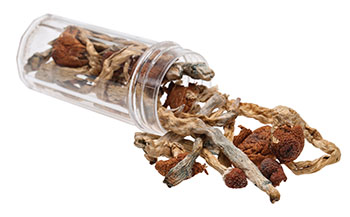 Hallucinogens, such as LSD, were popular with young people during the 1960s and 1970s “flower power” era. While many more drugs have been developed since, LSD is still available in Australia.

Hallucinogen use among young people is relatively uncommon; about 3 per cent of Australian high-school students report having tried them.

Also known as “psychedelics”, hallucinogens can make you see, hear, smell, feel or taste things that aren’t really there or are different from reality, hence the word hallucinate. LSD (Lysergic acid diethylamide) is made in a laboratory and in its pure state is a white odourless powder.

It usually comes in squares of gelatine or blotting paper that have been dipped or soaked in LSD and is sometimes sold as a liquid, in a tablet or capsules. LSD is usually swallowed, but it can also be sniffed, injected or smoked. Some plants, such as magic mushrooms, can cause similar hallucinations to chemically produced hallucinogens. END_OF_DOCUMENT_TOKEN_TO_BE_REPLACED

Cocaine has a reputation as the drug of choice for celebrities, but its effects can be far from glamorous.

Cocaine can be dangerous if taken in high doses or contaminated by other substances.

Snorting cocaine regularly can cause a runny nose and nosebleeds, infection of the nasal membranes, perforation of the septum and long-term damage to the nasal cavity and sinuses.

Only 1.7 per cent of Australian high-school students surveyed in the 2011 Australian secondary students’ survey had used cocaine, and only 1 per cent had used it in the past month.

These levels have also fallen significantly since 2005, when almost 3 per cent of 12 to 17-year-olds had tried it. END_OF_DOCUMENT_TOKEN_TO_BE_REPLACED